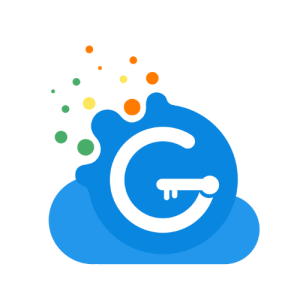 European Union’s decision to implement its General Data Protection Regulation (GDPR) caused quite a stir in the digital world. Businesses and individuals around the globe rushed to adapt to new laws and establish the necessary legal frameworks.

And while the significant commotion has passed, webmasters and online businesses are already talking about the next thing everyone should be on the lookout for. There’s no real telling what the next set of regulations would bring, nor when they would be implemented. But we’ve narrowed the list to these six trends you need to watch this year to stay GDPR compliant.

With the whole digital world coming under the influence of GDPR, some predict that privacy would become a default feature for all online businesses and services. For many online businesses, this brings a lot of worries – whether we’re talking about drafting easy-to-understand privacy policies, provisioning powerful security controls, such as user-controlled encryption and multi-factor authentication or educating employees on secure data handling methodologies. The result for the users should be positive, with more security for their data, but it would pose a significant challenge for businesses.

Rights concerning privacy have always been a big deal, but with recent advances in technology, social media, online marketing and the introduction of data protection as a service, the matter is at a whole new level.

The GDPR places data subjects’ rights on the front line of privacy trends to watch in upcoming years. Even countries outside of the EU have started realizing the importance of giving more powers to data subjects.

The term Privacy by Design equates to data protection through technology design. It is the thought that data protection in data processing procedures is best adhered to when already integrated into the technology.

With the introduction of such a trend, user authentication and technical implementation of the right to object will need to be revised. Also, when selecting in individual cases, one must ensure that state of the art, as well as reasonable implementation costs, are included.

Integration with the Internet of things

With more and more devices getting access to the Web, Internet of things is becoming a reality. And due to its increasing usage and spread, many privacy concerns related to IoT are being raised.

Now, the time when IoT gets so widespread it needs regular security updates and checks. Still, it’s better to tackle the issue while in its early stages than modify entire networks and frameworks afterward.

Despite it coming in many forms and shapes, traditional authentication is becoming less and less efficient. Passwords are getting more vulnerable, and security protocols are struggling to keep up with newer and smarter attack vectors. Therefore, some businesses and organizations are including new features to step up their game, such as fingerprints, face recognition and multi-factor authentication.

It gives way to a new debate concerning the levels of privacy such methods allow. While multi-factor authentication does bring a lot of benefits, it will take time for the general public to get accustomed to such a policy as a common feature.

With computers getting smarter and artificial intelligence behind the corner, some are raising the question should sentient machines be allowed access to personal data. And while there’s no denying this dilemma would have to be resolved soon, there are still some more urgent issues to tackle. One of them is ransomware.

More damage is done every year from ransomware attacks than from data leakage. Therefore, it is a problem which presents a unique challenge and needs to be addressed systematically to stop it.

In the meantime, the best thing online businesses and webmasters can do is keep track of everything and check their level of compliance. It’s not an easy task, but think of it as an investment – the sooner you get it over with, the easier it will be later on.

Choose a better way to work

By continuing to browse the site you are agreeing to our use of cookies.